The Benefits of Black Physicians to Black Health and Wellness 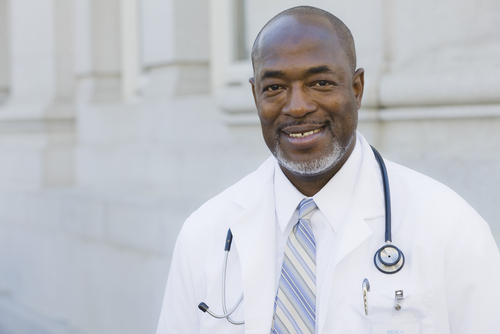 The acute shortage of Black healthcare professionals is a worrisome trend in the United States. According to a report published in the Association of American Medical Colleges (AAMC), White doctors make up 56.2% of active physicians in the U.S., while Black or African American doctors make up only about 5%. Interestingly, multiple studies have shown that patients from ethnic minorities can benefit from having doctors of the same race treat and care for them.

Underserved and under-resourced Black communities in the U.S. have faced a scourge of chronic health conditions for decades. Diabetes, hypertension, and cardiovascular disease are some of the most common, predisposing Black people to hospitalizations, diminished health, and a lower life expectancy. For instance, Black men have the lowest life expectancy of any group, living about 4.5 fewer years than white men. According to the U.S. Department of Health and Human Services (HHS), Black males are twice as likely to die from diabetes as non-Hispanic white males.

Higher rates of diabetes predispose African Americans to chronic wounds on one or both limbs that could persist for several months or years without a diagnosis and adequate treatment. Diabetes is a leading cause of vascular disease, a significant contributor to the high rates of lower-limb amputations in Black communities. Lower-limb amputation is an unfortunate consequence of poorly treated vascular disease that is entirely preventable. It should be noted that amputation needs to be the absolute last resort and greater emphasis needs to be placed on saving black limbs. Unfortunately, studies have shown that Black Americans are twice as likely to undergo lower-limb amputations than whites.

A lack of racial diversity among professionals in the healthcare industry may adversely affect clinical outcomes and overall satisfaction in the quality of care received by ethnic minority patients. A peer-reviewed study published in the National Academy of Sciences found that Black babies were 50% less likely to die while in the care of Black doctors than with white doctors. It suggested that a legacy of structural racism in the healthcare industry, rather than biological difference, was a contributing factor. Research published in the National Library of Medicine suggests that physicians of color are more likely to treat minority patients and also practice in underserved communities. It can be argued that sharing a racial or cultural background with one’s physician helps promote better communication and trust because they better understand and appreciate the unique challenges the patient faces.

A great deal of a doctor’s job entails communicating with his/her patient to gain a clearer understanding of their condition and other intimate concerns that may affect clinical outcomes. Due to many decades of mistrust and alienation, Black patients will generally have better communication with Black doctors compared to white doctors.

Although some patients from racial minorities try to seek out physicians of their race, it is often an uphill task, with many being limited by several barriers to healthcare access. Black Doctor 247, a mobile telemedicine app and part of the Black Wellness 247 health campaign, is focused on Bringing The Solution to The Problem."

The Black Doctor 247 app uses technologies, such as artificial intelligence and machine learning to connect Black patients to a network of Black doctors. Patients’ electronic health information is securely warehoused on a HIPAA-compliant, encrypted platform. With the understanding of how many barriers lie between the patient and getting to a doctor (poor transportation, time spent waiting in a doctor's lobby, the indirect costs of seeing a doctor, etc.), Black Doctor 247 aims to be a "patient-centered" solution, rather than an institution centered one.

The Benefits of Black Physicians to Black Health and Wellness

The acute shortage of Black healthcare professionals is a worrisome trend in the United States. Interestingly, multiple studies have shown that patients from ethnic minorities can benefit from having doctors of the same race treat and care for them.
Learn More
February 24, 2021

How The Pandemic is Exposing Well Documented Disparities

Our Support Team
Will Always Assist You 24/7

Thank you! Your submission has been received!
Oops! Something went wrong while submitting the form.
O2

Thank you! Your submission has been received!
Oops! Something went wrong while submitting the form.
o3

The Black Barbershop is seeking to partner with barbers and barbershops across the country.
Learn More

Thank you! Your submission has been received!
Oops! Something went wrong while submitting the form.